This dive is rather abnormal compared to the sites we usually visit: after all, you dive following a rope until you reach the peak of a granite accumulation, then you move overflying the bottom and you reach metal debris, prelude of the bigger parts you’ll get to see as you move forward.

It hasn’t been discovered yet what airplane it was; certain rumors say it was a Caproni-Reggiane 2001 which sunk during the bombing raid of a 24th flock stationed at the Venafiorita airport in Olbia; this hypothesis has though been proved wrong by the fact that the cart under a wing and the rear wheel both mount Pirelli tires, most likely built after 1946.

Anyway, there sure isn’t much left of this airplane laying on the bottom 36mt deep; you can recognize the large engine, the three blades propeller well planted on the ground, the tail plate still showing traces of a painted flag, the pilot’s seat and a cart.

There are various fragments in the roundabouts, as well as the body structure, though missing the wings. 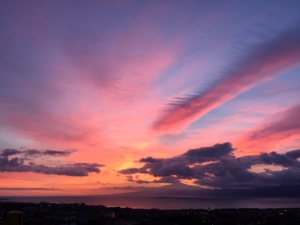