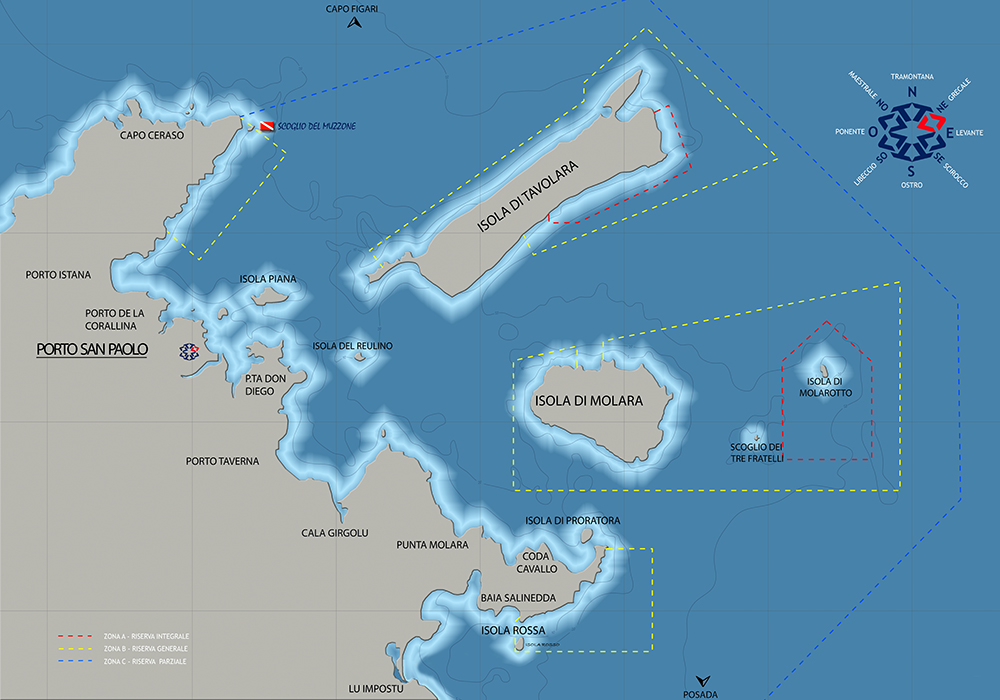 This great dive site, located close to Capo Ceraso, one end bordering the entrance to the long channel leading to the port of Olbia, has some very particular characteristics.

It ‘a classic dive where you swim around rock pinnacles, intersecting paths already taken, in order to go and browse through the many cracks, crevices and small landslides that characterize them.

A formerly dangerous trap for the sailors, it tells the story of ancient shipwrecks hiding among the tufts of Posidonia. Archaeological evidence of maritime trade that occurred along these coastal hills is found by many fragments of clay pots that formed, jars, bricks or tiles.

Despite the proximity of the port the visibility is very good, allowing to observe, in some moments of the season, the passing of pelagic fish that swim through the channel between the mainland and the island of Tavolara.

There are many species that swim in this site: surrounded by clouds of damselfish, the king of red mullet, bream and maidens, groupers, croakers, and moray eels, barracuda,, the magnose and octopus are among them. 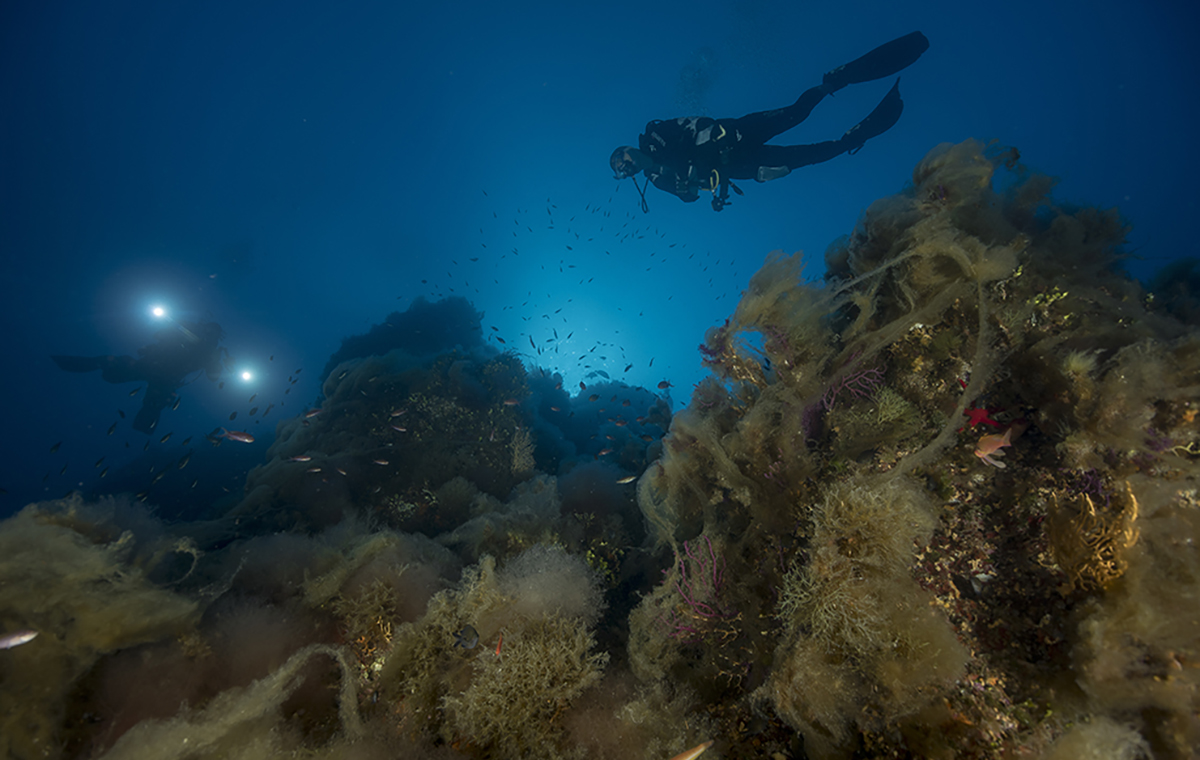 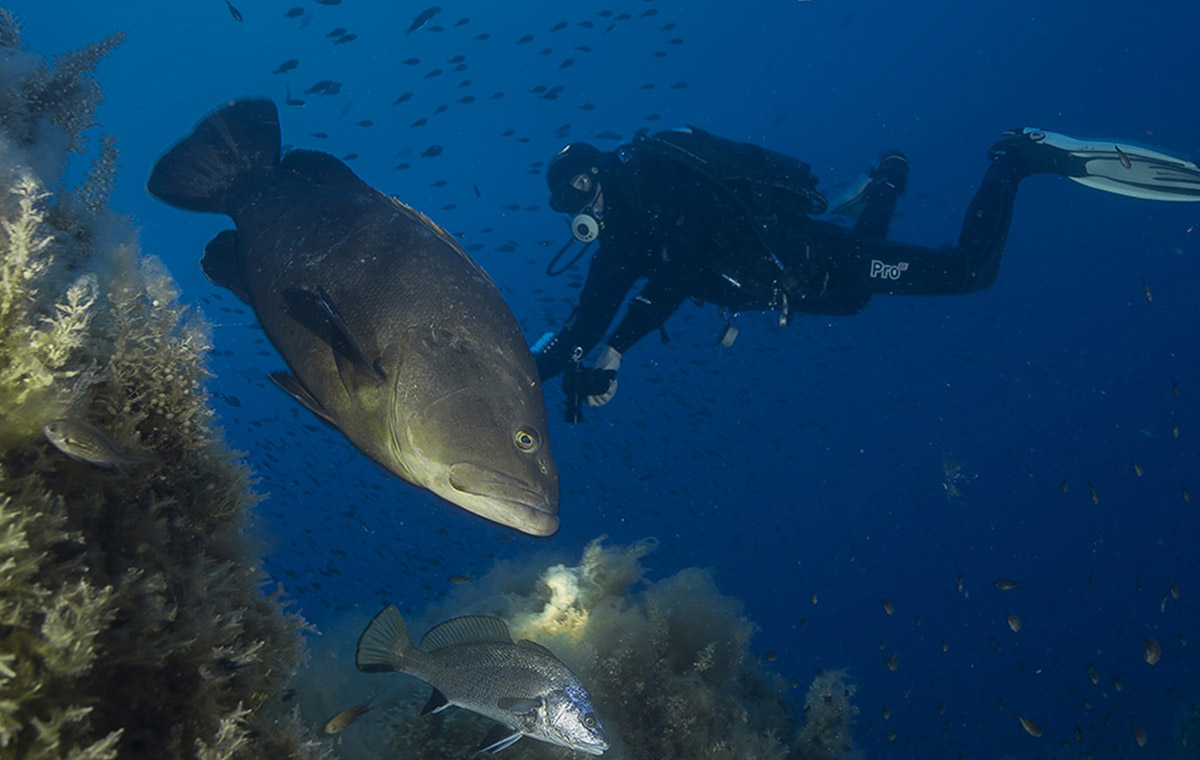