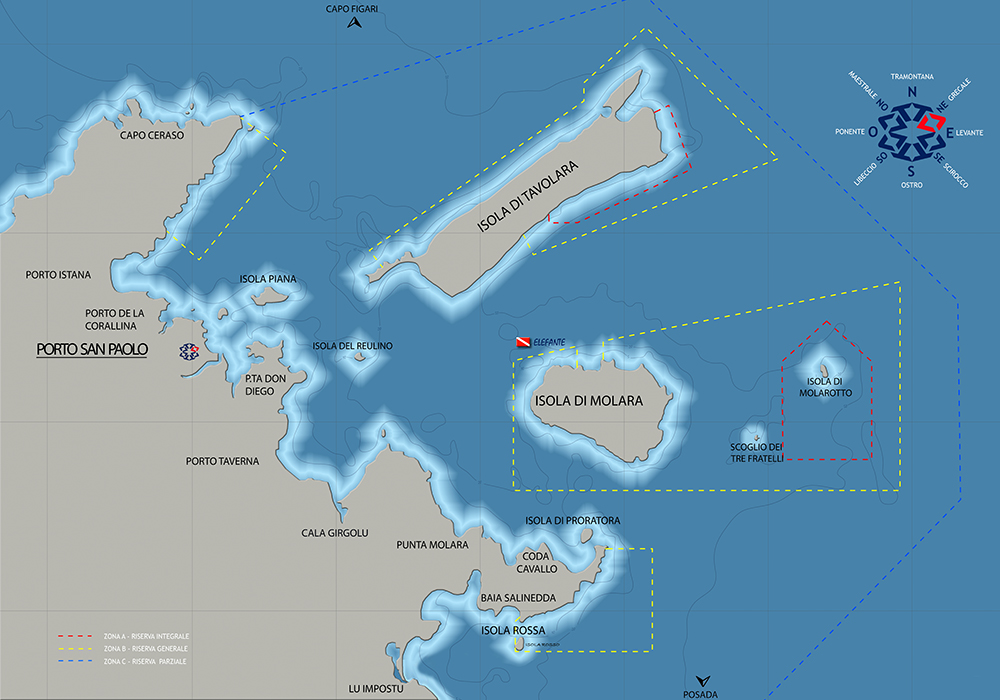 In an extension of the ridge running from the rock of the fig tree, the final dive that you can, is that of the elephant, which is characterized by an amazing rock formation that seems as if it were carved out of the hands of an artist.

It represents a huge elephant head complete with ears and trunk that rests on the stone.

As for the dive itself, given the position in the channel, visibility is not always optimal, and also the water temperature changes as a result of the current: nevertheless, this is a location offers great diving points of photographic, environmental and scientific interest. A dive of -14 and -30 m, between large granite boulders perched on the sand and surrounded by beautiful prairie of Posidonia, you can see moray and conger eels and comber and damselfish that come out of the many crevices. Goupers, with brown eyes swim in midwater.

You can inspectdifferent views of the rock formation as you winds upwards at different heights, and sometimes follow the profile of stones covered by the felt of brown algae to reach the sandy bottom, a sea area, among other which lends itself to meeting fish passaging such as snapper or amberjack that hunt around the peaks of granite. The sandy areas that are opened from time to time between the Posidonia, are populated by mullets that move on the bottom in search of food. 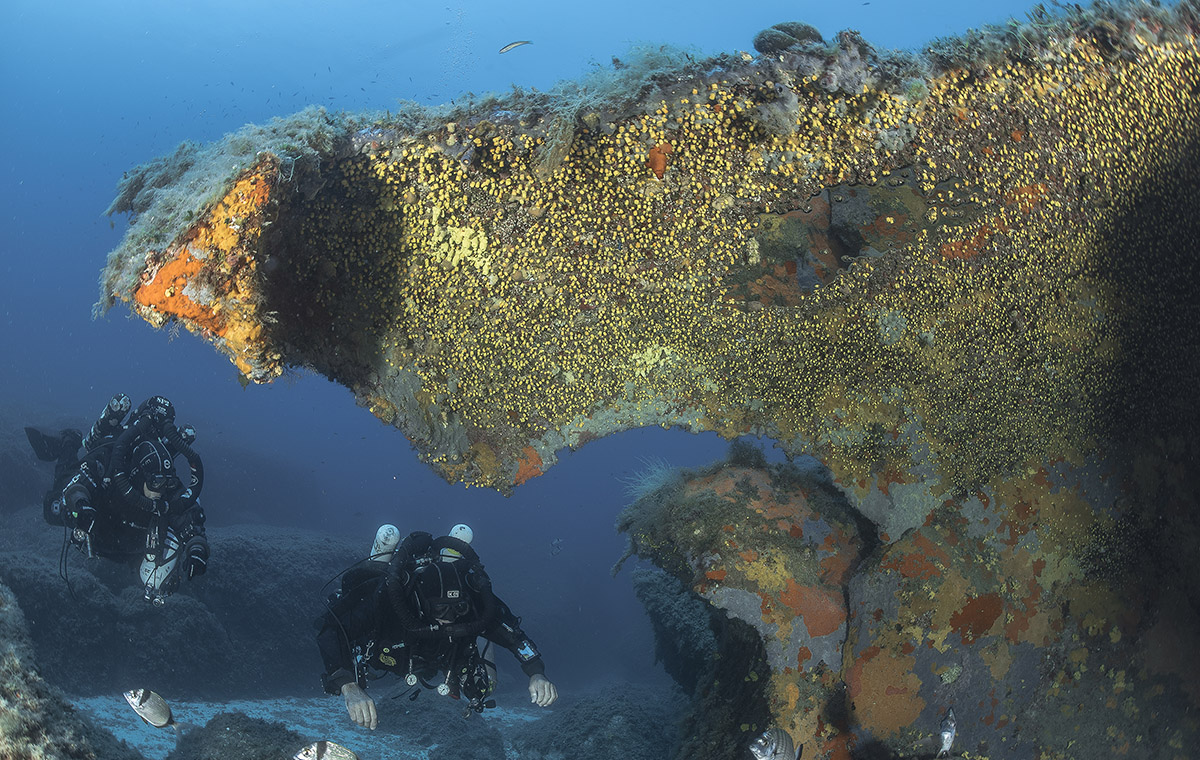 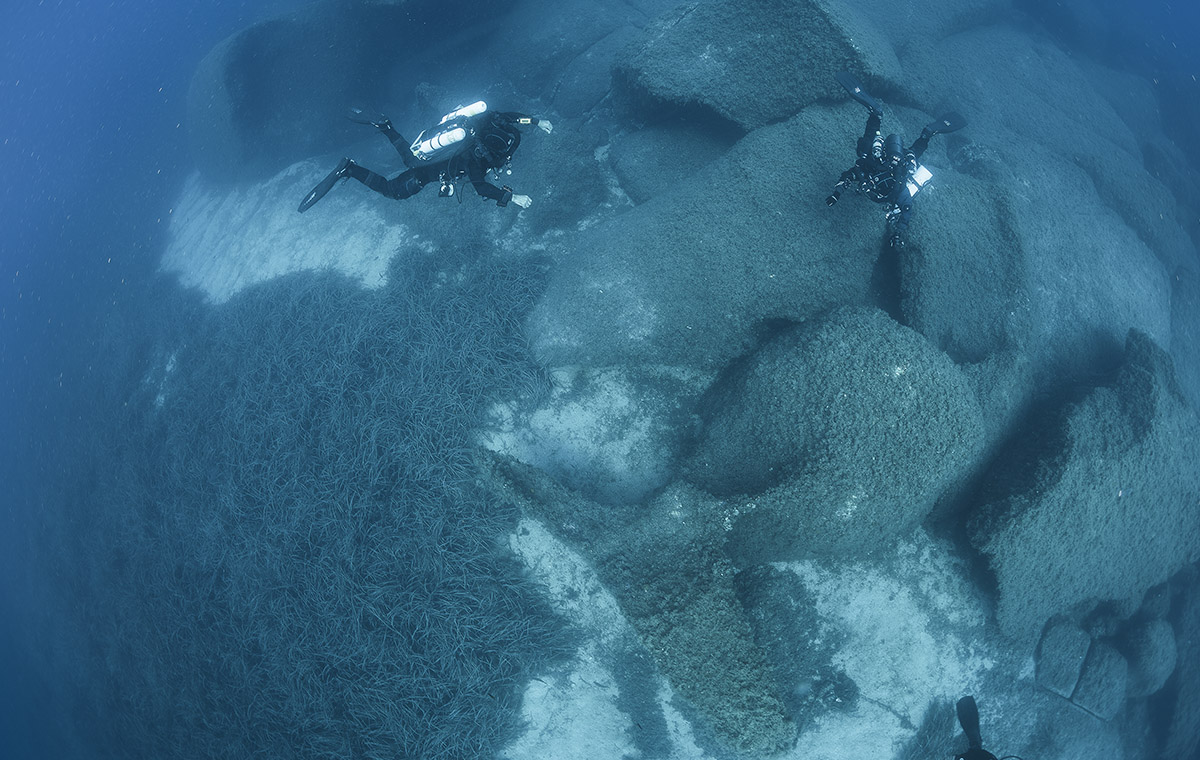 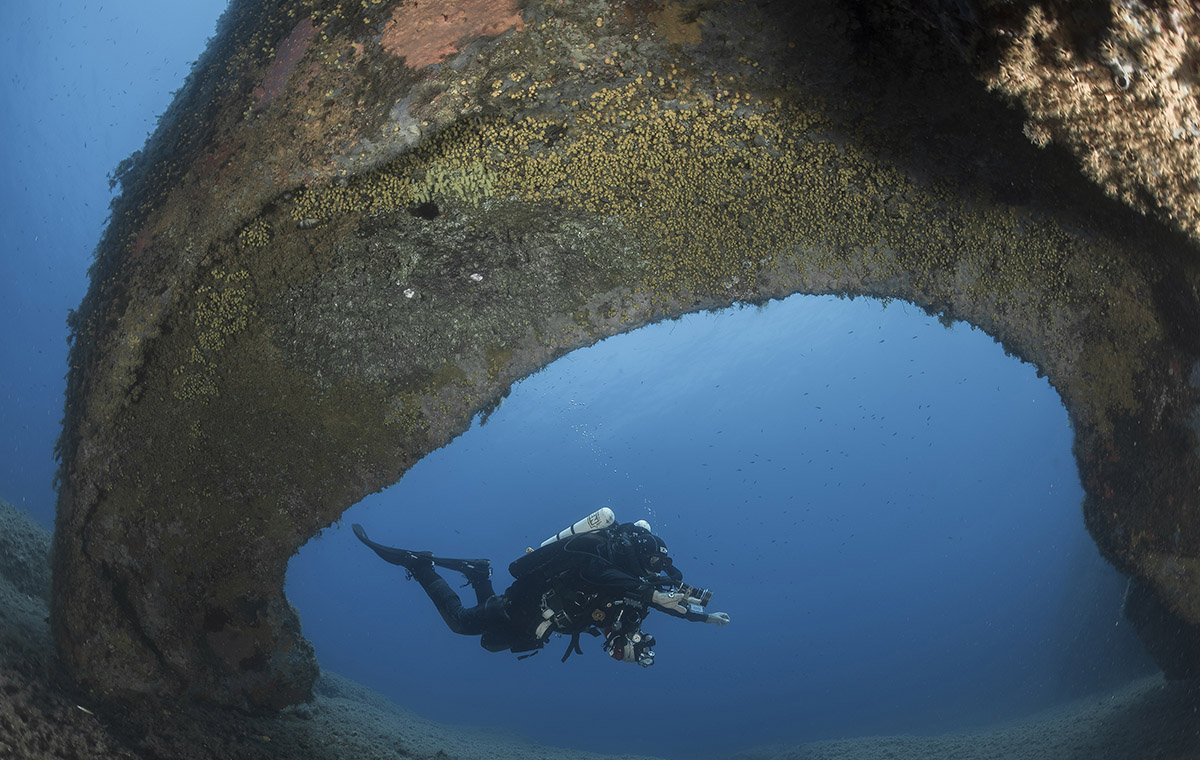