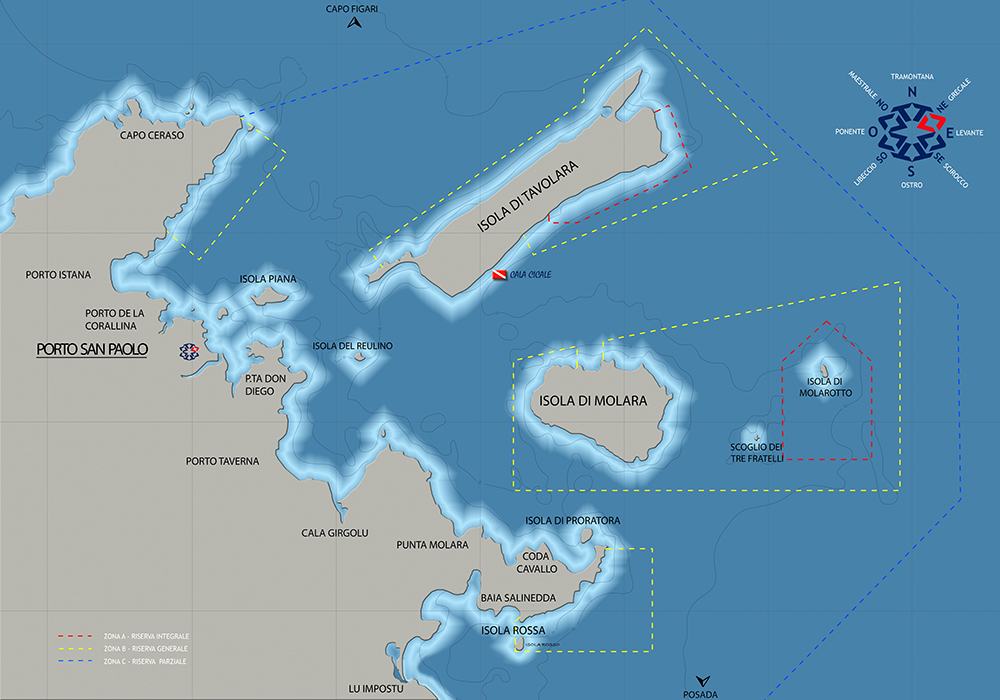 This is a very peaceful dive, which runs on a mixture of bottom debris, rocks and Posidonia: this site is characterized by the presence of small rocks, tumbled down from the cliff and abundantly covered with coral reef. Bream, comber, scorpion fish, glances, sailed, damselfish, raven swim undisturbed. The initial depth is around -15 m, and the average is around -20 meters and allows the possibility of different paths depending on the level of experience. It takes its name from the magnose, or insects of the sea which in early summer, especially at night, are found between boulders and ledges. The species is quite rare and therefore protected. The encounter with these crustaceans which are rather “cumbersome” always leaves divers astonished. Right at the beginning of the trail, you meet a strange rock formation, large and quite similar to a fungus. It is probably a complex of caves which, over time, collapsed as a result of ‘ erosion when the sea level was much lower. Hidden in the sand and tufts of Posidonia, lying on the bottom of the sea you can see an ancient Roman iron anchor. At the end of the exploration, you climb back toward the wall where you find, unexpectedly, another characteristic of this place: a sort of “hood” of rock, produced by the effect of erosion and disintegration of the cliff, and emerging from a long break running from more than 100 meters high. In the shadow of this projection, a variety of sponges, coral reef, sea daisies, covered every inch of the rock with colour and a cloud of Anthias. Within hides a grouper that often comes out to greet the divers and seems to want to play hide and seek. 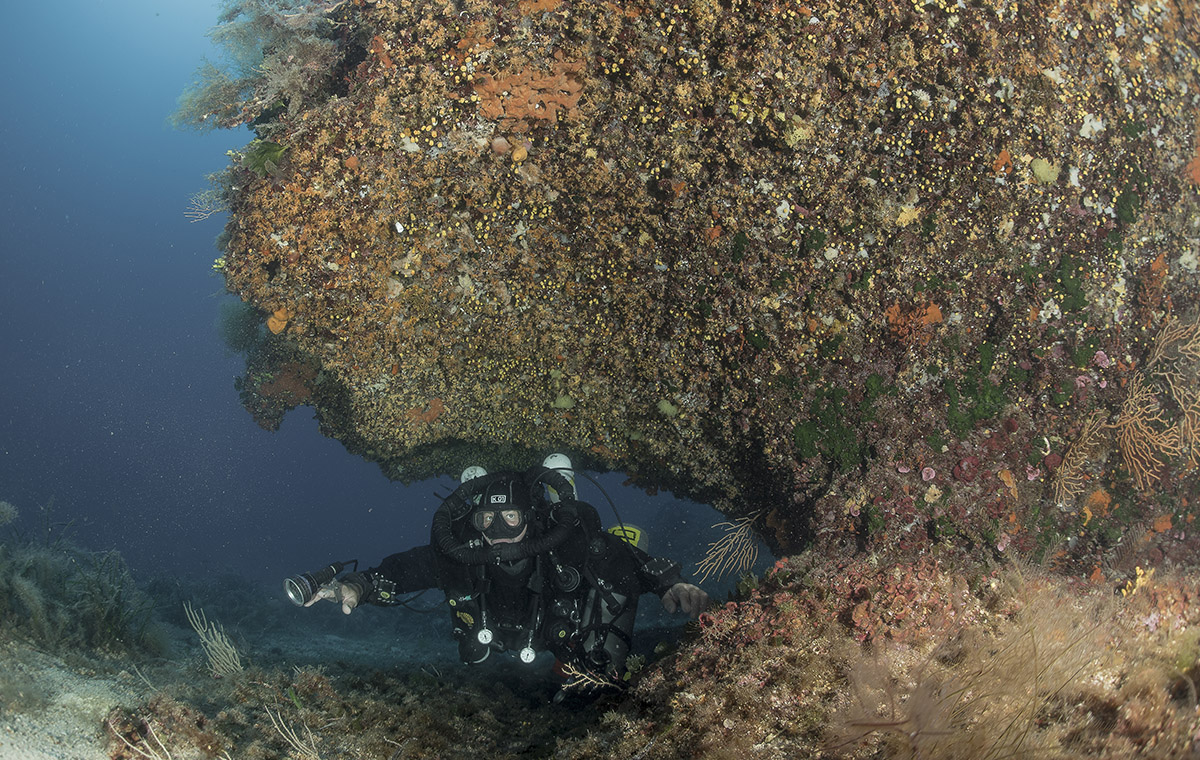 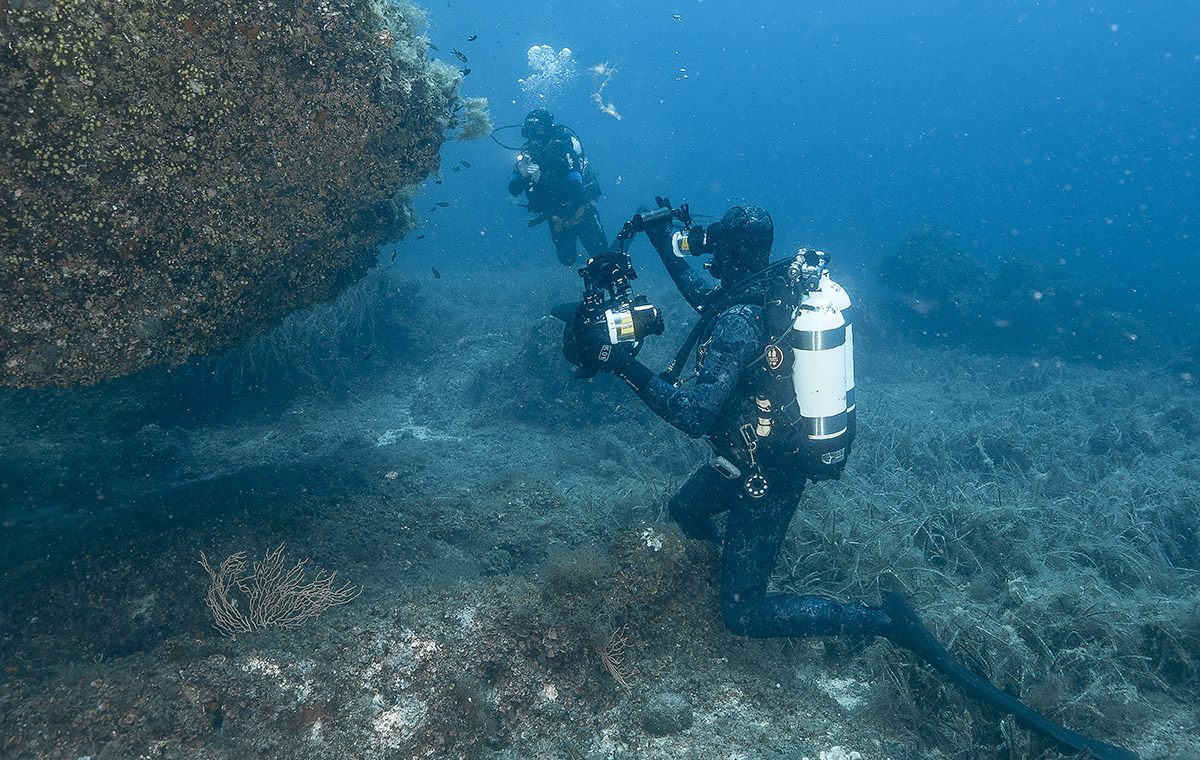 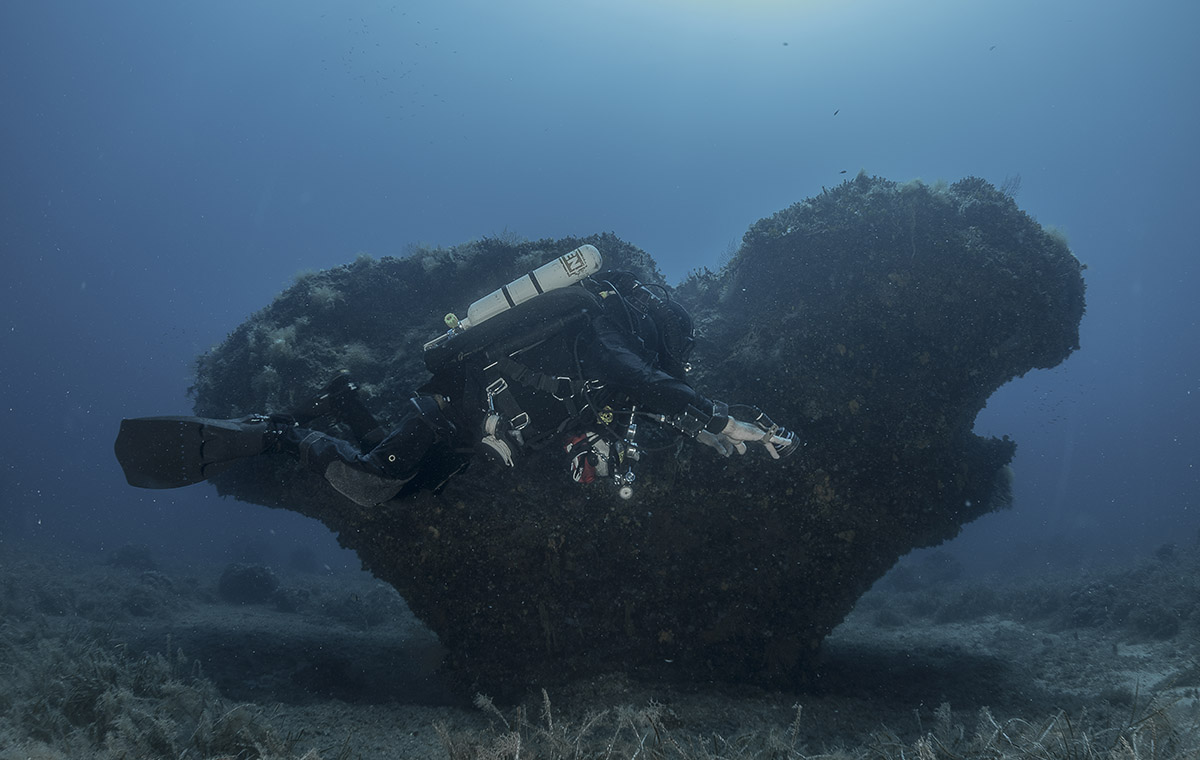