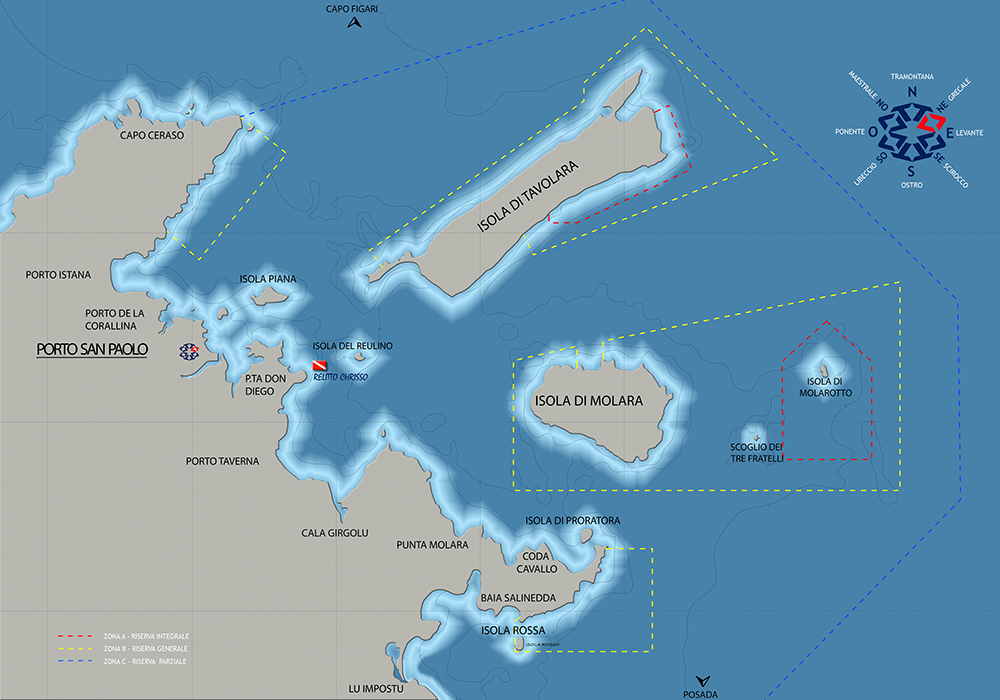 From the mid-1970s and for almost 50 years, those who found themselves passing between Porto San Paolo and Coda Cavallo, the presence of the “stranded ship” was a constant companion, visible from the sea, the beaches and the road, before a very strong sea storm sank its bow lying on its side in 2018 with the cargo arms still visible.

The ship’s history and fate are similar to many others that have sailed along the routes of the northern Sardinian coastline, punctuated by an abundance of treacherous shoals.

The Chrisso, flying the Cypriot flag, ran aground on the night of 31 December 1974 on the rocks of Punta La Greca, during a heavy swell, due to the strong from north wind which prevented the crew from recovering the anchors to shelter in Tavolara.

Neither the crew nor the ship were seriously damaged, so that for a long time there was a caretaker on board; only later the owner decided to sell her to a salvage company and repair her to be put back in the sea, but a fire destroyed the equipment on board and the ship was finally abandoned.

The Chrisso was a cargo ship owned by Hero Shipping Co. Ltd. of Cyprus, built in 1958 in Oldenburg. In her history she changed her name many times: first Sorteklint, then Jacqueline, then Coral Bay and finally Inalotte Blumenthal. It is said that changing a boat’s name brings bad luck and in this case it seems to have done just that.

A destination for freediving, snorkelling, photography and diving enthusiasts, this wreck is undoubtedly a good opportunity to dive at a shallow depth, max 10m, and spend a lot of time chasing a good shot. 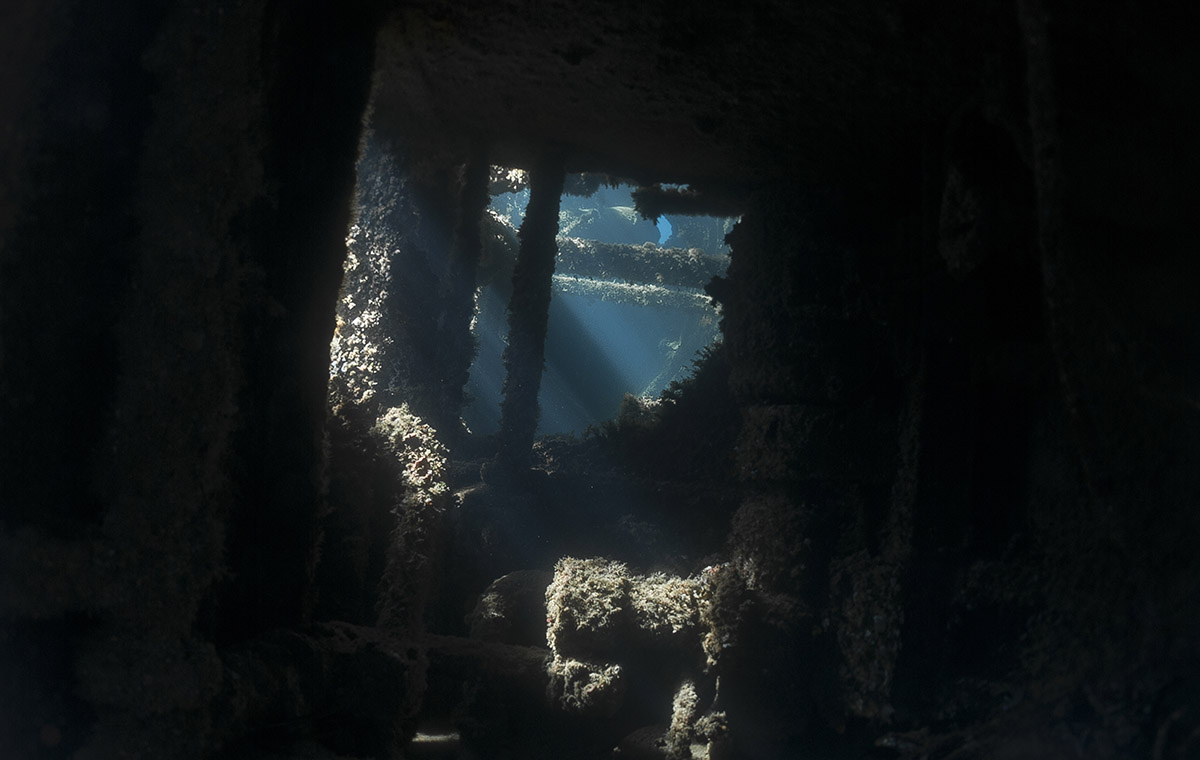 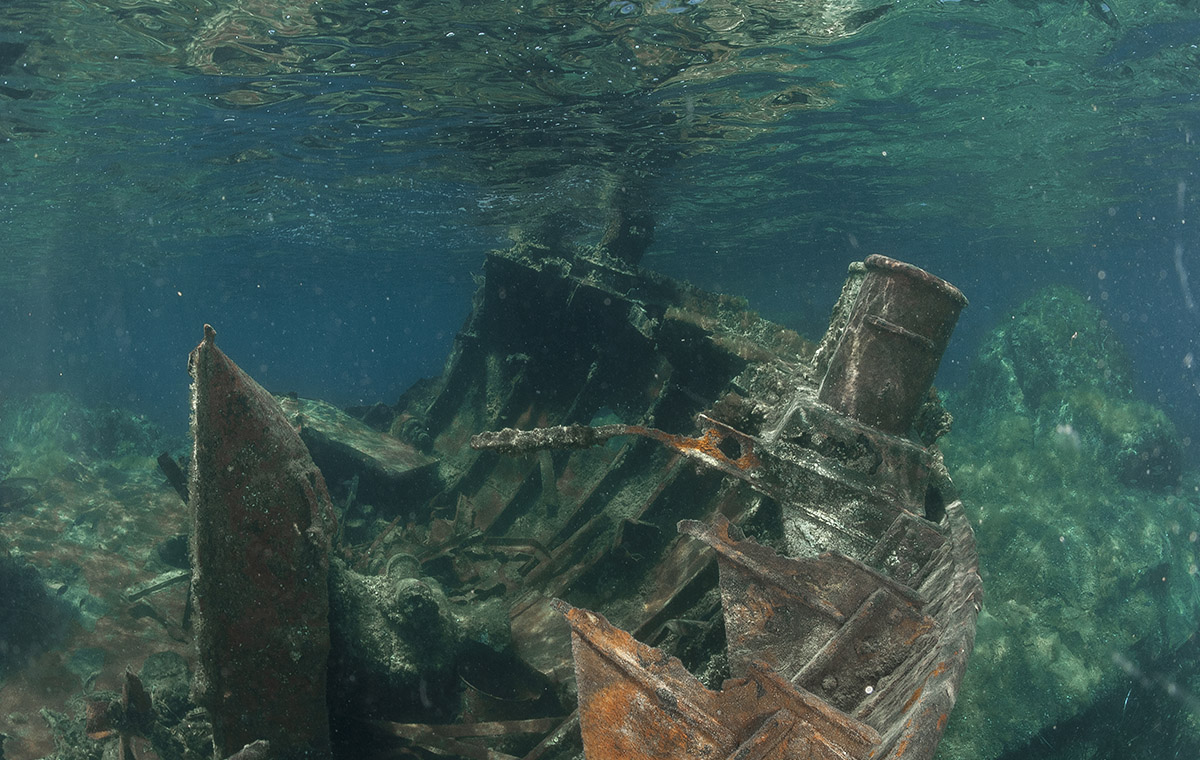